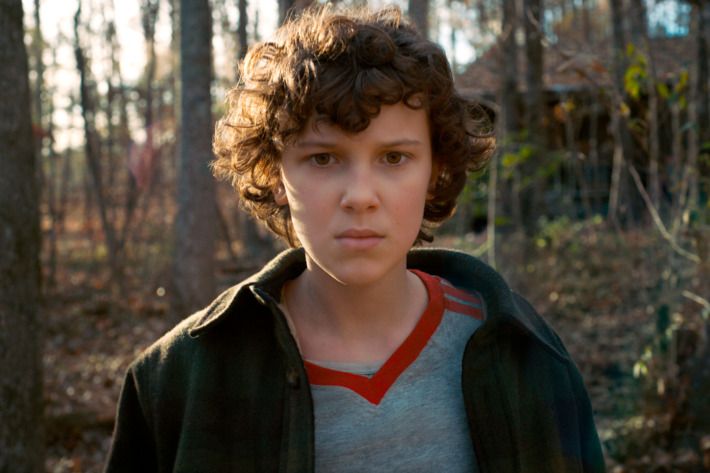 What ‘Stranger Things’ can teach us about trauma

of sexual assault and violence,

In particular, the following poem, introducing the piece, contains descriptions of violence and sexual assault that some may find distressing.

“As the rope was tightening around my neck, at the moment of
losing my mind, suddenly I lost my perception but regained all

my consciousness and discernment. An Alien made love with me.

If it is true as certain newspapers write, that traces of sperm

were found on my dress, these could be traces of intercourse.

After making love, I could state that my consciousness went on
functioning in a new and uninjured body.

Afterwards the Alien took me to a special planet…

The society there treats time and space with
intensity…Over.”

— from Andy Warhol’s Last Love, cited in Aliens and Anorexia by Chris Kraus

The first and second seasons of Stranger Things have been truly remarkable in their depiction of the trauma experience. As a sufferer of complex PTSD, I’ve found it impossible to interpret this show as anything other than a televised macrocosm of the post-traumatic psyche, particularly applicable to those subjected to long-term developmental trauma. Watching Eleven’s flashbacks in early December of last year, curled up in bed at my parents’ house, I felt myself falling through the mattress out of sheer relation to her character, acted gorgeously by Millie Bobby Brown. Five months later, for myriad reasons, I came out as non-binary, and by July, had shaved my head.

This is not to say that Stranger Things was responsible for my actualisation—that would be incredibly reductive of LGBT+ and survivor communities, as well as my own multi-faceted, decade-long experience. But the representation it offered me at that point in my trajectory of self-acknowledgement contributed to a better understanding of my position within—or, more often, outside of—the world we live in.

In the twenty-first century, representation is more important that it has ever been. And it has always been important. As a survivor of prolonged sexual violence, I spent years of my life in a state of total estrangement from my peers, the media, and my education. I spent my young life nodding and smiling as I listened to classmates discuss their fledgling romantic interests, developing sexualities, first kisses, and losses of “virginity”*—all the while hiding the fact that those things had been taken from me far too young.

Likewise, I spent my first term at Cambridge in a state of total panic. Suddenly, I found myself removed from everything I knew, airlifted into the highly sexualised fresher environment, all whilst in the thralls of severe PTSD and dissociation. While others were making friends, I was having flashbacks. While others were writing essays, I couldn’t remember any of the books I had read that summer. Socially, I vacillated between oversharing and self-alienation; paranoia and indignance, all the while feeling fundamentally estranged from the majority, for whom this seemed, at least from the outside, to be a happy and liberating stage of life.

Trauma makes aliens of us. Not because abuse, rape, or violence are uncommon, but because it’s uncomfortable and taboo enough to force its bearers elsewhere. Because the intensity of that first-person experience is impossible to translate into the privileged world we live in, where most people don’t expect to be violated at any given moment. Because a community that so ‘rejects’ sexual assault also makes itself inhospitable to those who experience it, shifting that rejection onto the people who are forced to live with its consequences.

“I spent my young life nodding and smiling as I listened to classmates discuss romantic interests, first kisses, and losses of “virginity”*— hiding the fact that those things had been taken from me too young”

What Eleven and, in the second season, Will, represent is the incommunicability of certain traumas. Since Eleven’s trauma is entirely developmental, her capacity for language is limited. Her narrative arc is marked out by the new words she learns from Mike, his group of friends and Hopper: ‘friend,’ ‘promise,’ ‘good,’  ‘mother,’ ‘home’. Prior to her escape from Hawkins, language existed only as something administered to facilitate her abuse within the lab. She knew ‘Papa,’ she knew ‘yes’ and ‘no,’ she knew ‘bad,’ but social concepts and intimacies; the most beautiful, important elements of communication, were lost on her.

In the fourth episode of season two, having been infiltrated by the ‘shadow monster’ of the Upside Down (whose rape implications, as something that enters a person and alters their perception, are self-evident), Will finds himself unable to describe the ‘now memories’ he has brought back with him. Eventually, Joyce asks him “What if you didn’t have to use words?”, and Will enters a manic state of last-resort communication, fervently drawing a map of the ‘Upside Down’ that only he can see: underground, insidious, spreading its roots through a town that, to the uninitiated, appears to have been ‘made safe’ again.

At the end of his post-apocalyptic novel The Road, Cormac McCarthy describes brook trout as having, on their backs, ‘vermiculate patterns that were maps of the world in its becoming. Maps and mazes. Of a thing which could not be put back. Not be made right again.’ What Stranger Things does so well is show us the process by which those who have been ‘elsewhere’ attempt to map such experiences in a world that literally cannot see them. Because once you’ve seen the Upside Down, been there, had it inside you, you cannot be ‘put back’ or be fully reintegrated into the world you were taken from.

Much criticism of season two has focussed on its apparent ‘lack of action’. Watchers are uncomfortable with its refusal to follow the traditional narrative arc of introduction, gathering momentum, crisis and resolution. However, what it does demonstrate, and what seems to me infinitely more valuable, is the chaos and frustration of aftermath. In episode four, the group asks whether Will’s ‘now memories’ can hurt him, and Dustin explains that “if you’re in another plane you can’t interact with the material plane, so theoretically no, the shadow can’t hurt him”. To which Mike responds: “yeah, if that’s even what’s happening. This isn’t D&D, it’s real life”.

“Those who have been ‘elsewhere’ attempt to map such experiences in a world that literally cannot see them.”

And indeed, trauma is a part of real life. What the term ‘post-traumatic’ doesn’t acknowledge is that its shadow is malignant, rather than benign. Such changes in perception cannot be compartmentalised as ‘elsewhere’ because sufferers bring the elsewhere back with them. Flashbacks are organic, perpetually re-traumatising and re-entering a person, making it harder for them to relate to the ‘safe’ world around them.

What season two does well is show us the process by which traumatised kids try (and often fail) to relearn language after being exposed to the unsayable. Years on from my trauma, I’m still working that one out.

*I use this term in the context of its status in popular culture as a developmental ‘milestone.’ I do not believe that sexual initiation changes a person in and of itself.