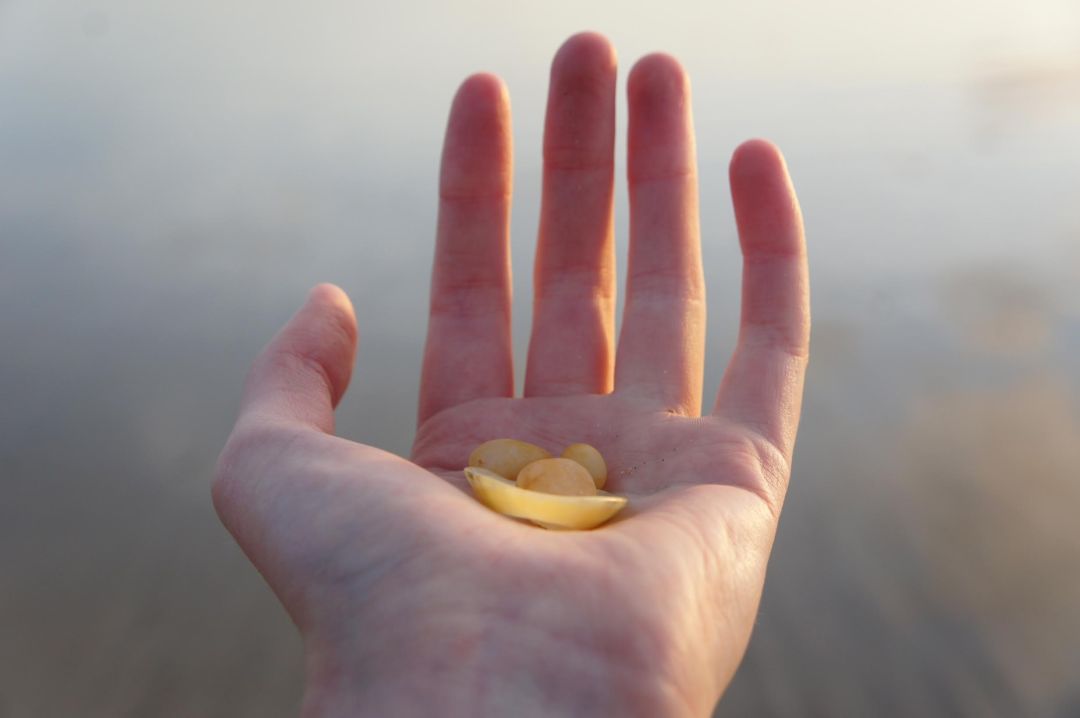 Alice is a recent English graduate from Cambridge University. She works for the Bristish Pilgrimage Trust, and is also currently preparing for an Editorial Internship at the London Review of Books. She is deeply interested in the healing power of landscape upon the mind, and the ways in which particular places and objects carry and create memory traces. In this piece, she explores how found objects effect and represent memory and emotion.

“Watching people on a beach pocketing the pebbles and shells that catch their eyes, I remember whimsically trying to imagine the minute but nonetheless actual migration of stones by human carriage that must inevitably take place across the surface of the Earth […] It is a rare stone that keeps its meaning” — Tacita Dean, An Aside

Long before I would have thought to notice, my family has been accumulating found objects — stones, mostly, though not always. Saucers full of stones by the soap dish in our bathroom. Shells on the windowsill, spiraling and snail-like, chipped edges a glinting revelation of mother-of-pearl. My older brother had a whole tortoiseshell on his bookshelf, which had been found in the corner of our garden when we lived in Botswana: I remember it shaded with the dust collected across two continents, resting inanimate in a gloomy attic room in Cornwall. Its dark cavities, where once had been a head, arms, legs, tail, were filled with other treasures that had caught his eye, demanded collection.

One summer, just before I started university, my mother led me across a shingled beach to a cluster of clamber-able rocks, inaccessible at high tide. She had located a trove of periwinkle shells, glittering deep orange like a sunset, as the sun set. They glinted like treasure in a children’s book, and together we filled a tupperware container full of them, snapped the lid closed, and brought them ashore before the water turned on us and covered the discovery. The plastic container, full of curved orange tones, travelled up with me to university, remained mostly unopened upon different shelves for three years, save for the few times I snapped open the box to fish out a gift for a friend. In my final year, I poured out its contents into bowls, cups, and saucers I’d been gifted by friends, and placed them around my room. 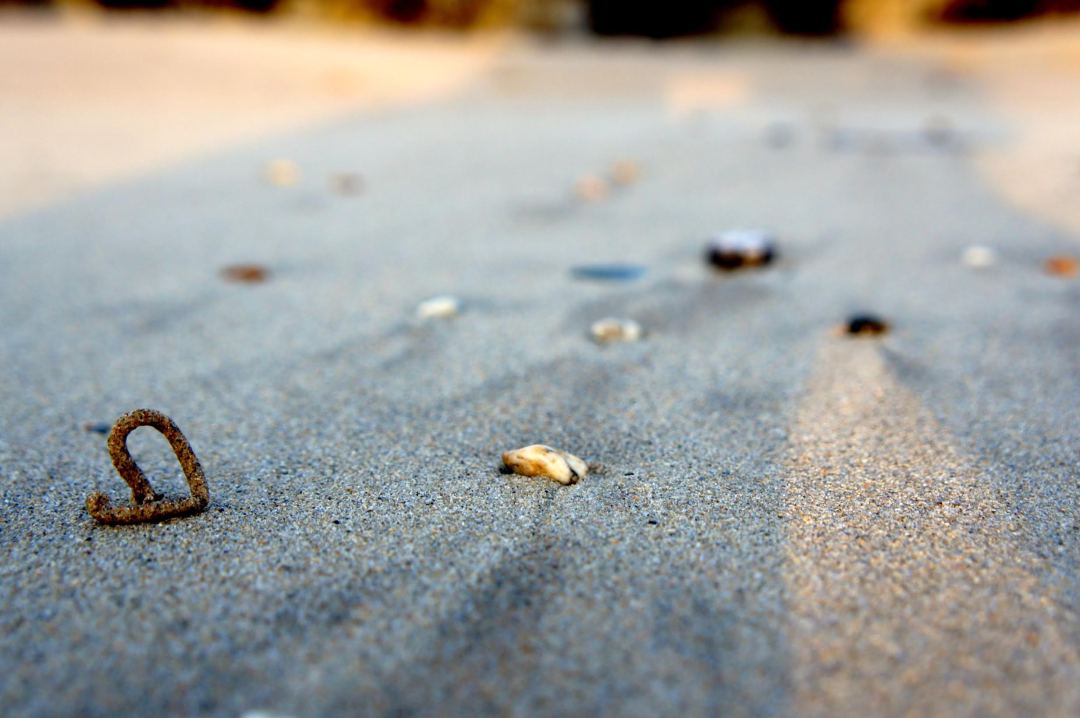 Lately, I’ve given up on buying people presents, and instead I’ve started giving away the things I pick up along the way. Small rocks for my family that looked like nothing in particular, but which I found when I dared to dip my feet into the cool water a few hundred meters upstream of the Niagara Falls. Overwhelmed by the force of the rush of water against a skyline of casinos and hotels, I’d turned and walked with a friend against the flow, and found a patch of grass and a wall of trees. Behind the trees, the river surged towards the waterfall; behind the trees, there was an unexplained photograph of a young man in a frame, lent against a branch that dipped into the fast-flowing water. Underneath the branches, the river was shallow enough to paddle — I pocketed a pebble for each member of my family. I handed them out as treasures when I returned home.

“Such objects can collect and transfer meaning, can carry the weight of unspoken words and unexplained emotions”

The value my family bestowed upon found objects — picking them up, travelling with them, and retelling the stories of how they were found — has rubbed off on me. Such objects can collect and transfer meaning, can carry the weight of unspoken words and unexplained emotions. Not long ago, I placed a smooth white stone into the palm of a new love, which I had picked up as I resolved another love’s end. I wrapped his fingers around the stone as I tried to articulate what it meant. I think I was once given a shard of purple quartz instead of an apology, and I know I have been offered a silvery, antler-shaped branch instead of a goodbye. These objects, given and received, mark out a memory path that might otherwise fade through their intangibility — they form a kind of loci of the heart. 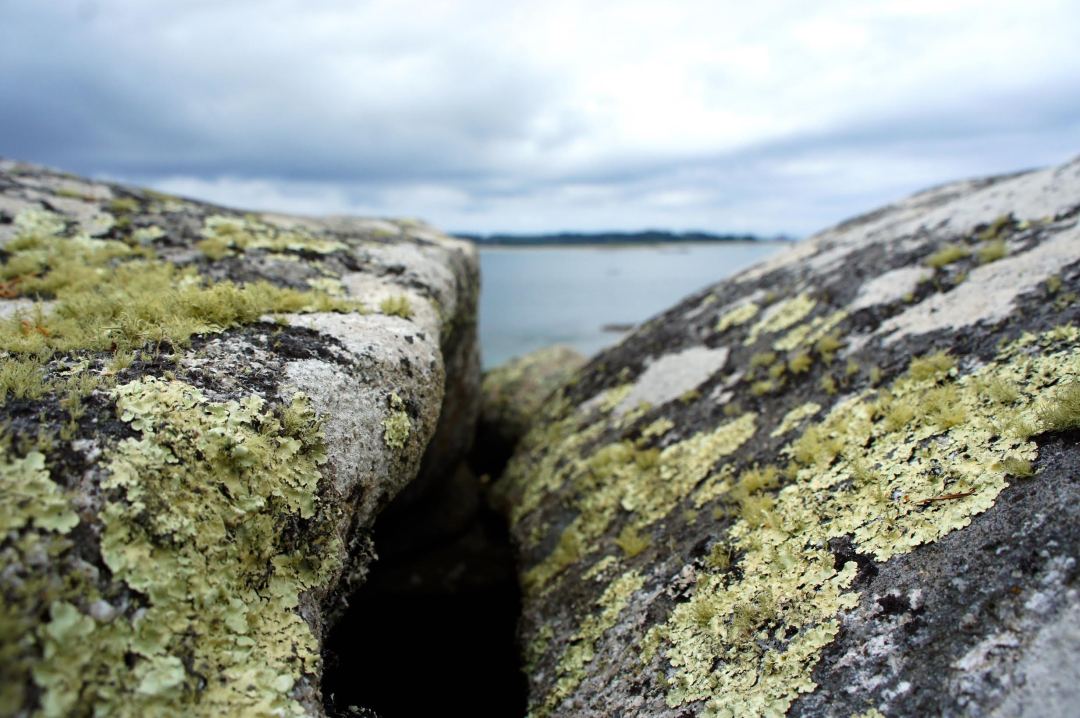 Recently, I returned home after too long away, and walked all day from one point to another, along an ancient pilgrim’s path. It rained hard all day. An old injury played up. It was dark before I arrived at the pathway’s end. I battled my way up to an Iron Age hill fort, where impossibly huge granite boulders had been placed thousands of years ago, through monumental efforts, incomprehensible to me. What did these great, grey stones mean to those who moved them here? What could they mean now? I passed by an ancient standing stone, 10ft high, and stopped to wonder why and how it had been placed there, in a time beyond the realms of communal memory. Along the path I was walking on, there seemed to be a story to be told about the placement of every stone.

“I found I could not be ready to leave until I had picked up a heavy stone, and walked away with it held in my hand”

At the end of the route, as I tried to draw the journey to a close and turn away from the landscape, I found I could not be ready to leave until I had picked up a heavy stone, and walked away with it held in my hand. I keep it with me now, as a memory of that day spent trailing an ancient path. I place it next to me when I write: It helps me to remember. Linked to it is every other object I have collected, and every object I will collect. It is a waymarker along the route.