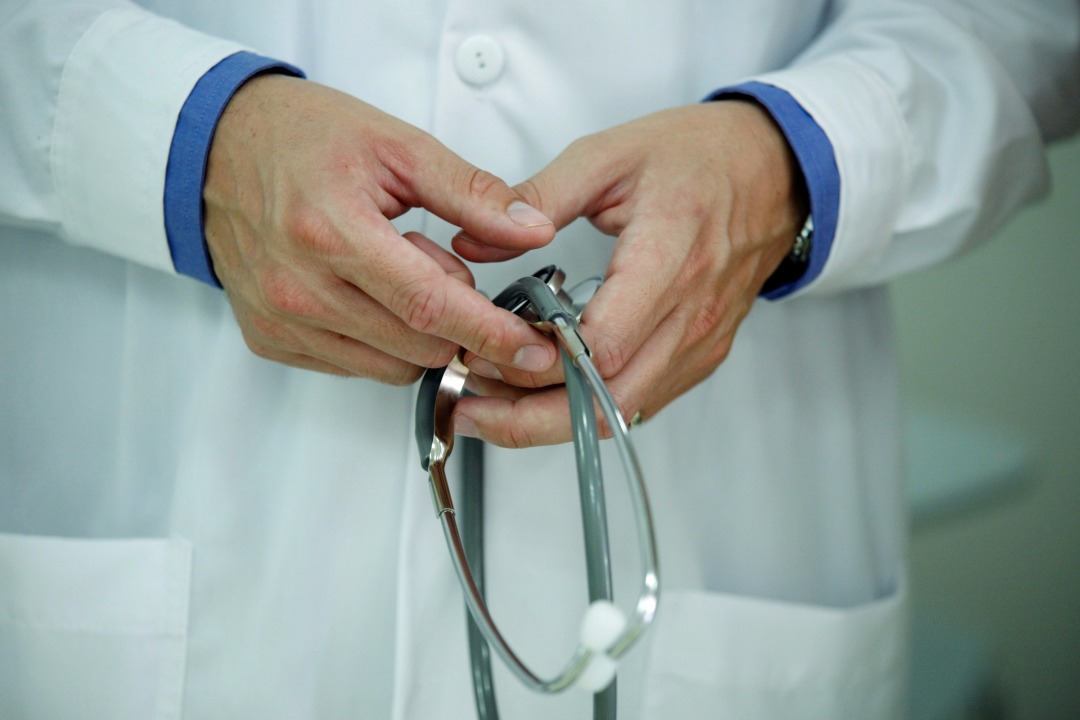 “Here’s a diagnosis for you: hypochondria”

This was towards the end of last year when my irritable bowel syndrome, commonly known as IBS, suddenly got really bad.  To this day, it hasn’t seemed to improve much.

The nine tabs I had open were of blogs, videos and forums filled completely with other people’s experiences with IBS and inflammatory bowel disease (IBD). I added these web pages to my bookmarks, into their own well-organised folders, for reference.

“I added these web pages to my bookmarks, into their own well-organised folders, for reference”

At that time, I was waiting on test results to confirm whether or not I had Colitis (an IBD which runs on my mother’s side of the family). The diets and medications weren’t improving my symptoms, so Colitis was looking more and more probable to me. I was frightened that the test results would confirm my worst fears; especially as the stories I was reading online were of the horror genre- including immense pain, urgent hospital visits and, ultimately, death itself.

My most troublesome physical symptoms were unpleasant bowel movements and discomfort, lightheadedness, lack of energy and feeling feverish and generally unwell. Mentally, I was incredibly distressed as I continued to live in high anxiety with intense panic attacks and depression, in addition to frequent bouts of suicidal feelings. Overall, I lived in deep fear of triggering a panic attack, fear of eating and fear of seeing blood in my stools (a hallmark symptom of Colitis). I felt so unwell and, knowing that most of my symptoms were atypical for IBS, began spiralling into life as a full-blown hypochondriac; I was terrified of my seemingly inevitable premature death.

Spending days in bed, paralysed by the terror, I researched my symptoms for hours and hours. I was – and still am – hyperaware of every shift in my nervous system, and every movement my digestive system makes. I was experiencing too many physical symptoms and was hell-bent on finding out exactly why each one of them was happening to me. I couldn’t shake the feeling that  they were due to some serious illness or disease. I was panicking myself to death.

“I was – and still am – hyperaware of every shift in my nervous system, and every movement my digestive system makes”

My research told me that it was Colitis, that it was bowel or colon cancer, that there was a blockage in my bile ducts, and that my stools were stuck and needed to be surgically removed or I would die. When reading about these, I was vividly imagining these things happening to the inside of my body, and it only made my anxiety worse. During times like these, my life flashed before my eyes. I was worrying about the loved ones I’d leave behind, and I was seeing comedy legend Spike Milligan’s infamous epitaph – “I told you I was ill” – on my own gravestone. Whilst confiding in my mother temporarily made me feel better, I made sure to visit my local GP as soon as I could to voice my concerns before it was too late.

I knew I was being ridiculous at times, but that didn’t make it any less terrifying. I knew I was catastrophising, but I couldn’t help it. My physical symptoms were so constant that it left no chance for my anxiety around them to subside. I thought I was dying and only a medical health care professional could try to convince me otherwise. I visited my local GP multiple times a week, as well as having regular appointments with a doctor at the hospital who even ran a test for AIDS just to put my mind at rest. It was of course highly unlikely that I had AIDS, but he could see how worked up I was about constantly feeling feverish and unwell.

In addition to expressing my worst fears to my mother and various doctors, I needed another outlet. I rambled about all of this – as it was happening – online onto my personal venting blog. Eventually, I received an anonymous message telling me that my self-diagnosing on the internet was getting out of hand. “Here’s a diagnosis for you: hypochondria”. It was harsh of them to say this, but I guess it was pretty obvious considering.

“Eventually, I received an anonymous message. ‘Here’s a diagnosis for you: hypochondria'”

On July 17th, 2017, I was formally diagnosed with hypochondria, among other things. It was no surprise by any means. I knew full well I was going to receive that diagnosis. It’s the only diagnosis I’d gotten right. It was clear that it was triggered by stress, my ongoing unpleasant IBS symptoms and my pre-existing anxiety disorder.

Following this, a friend tried to tell me that “everyone is a bit of a hypochondriac.” It’s unfortunate to me that hypochondria is still a term that is used so loosely to describe someone temporarily concerned about their health when, in reality, it is incredibly detrimental to someone’s health. It causes immense mental distress, somatic symptoms (an excessive focus with physical symptoms, thus worsening them) and interrupts someone’s daily life. It’s important to raise awareness for hypochondria as it is clearly not taken seriously as a form of anxiety (or, if you prefer, a somatic symptom) disorder, as demonstrated by my friend’s unintentionally dismissive comment. It is through no fault of her own that she was unaware of just how serious hypochondria is. Even I, at the time, failed to realise how much this disorder was impacting my life.

“Hypochondria is clearly not taken seriously as a form of anxiety”

Here are the main signs and symptoms of hypochondria:

Those who also are diagnosed with depression and/or an anxiety disorder may be more likely to develop hypochondria, as are those who have recently experienced a loss or stressful event. In particular, people who lose a relative through illness may worry that the same thing will happen to them.

“All this time I thought there was something seriously wrong with me but, as it turns out, anxiety really is just that bad”

All this time I thought there was something seriously wrong with me but, as it turns out, anxiety really is just that bad. I’ve recently had mental health care professionals reiterate to me just how awful an anxiety disorder, and something such as hypochondria, actually is. They reassured me that they do in fact cause a lot of different mental and physical symptoms and, although anxiety is very complex and therefore difficult to treat, it is very possible to do so and live a normal life.

If you struggle with hypochondria, you are not alone. There are many different types of treatment available. They generally include a type of medication, a form of cognitive therapy and, sometimes, exposure and response prevention therapy. However, if you’re on a waiting list for therapy, like I am, here are some things you can do now to try and help reduce your stressful symptoms:

If you think you have hypochondria, make an appointment with your local GP to discuss diagnosis and treatment options. Remember that you’re not going mad, and it’s possible to lead a happy and normal life as, hypochondria is treatable.