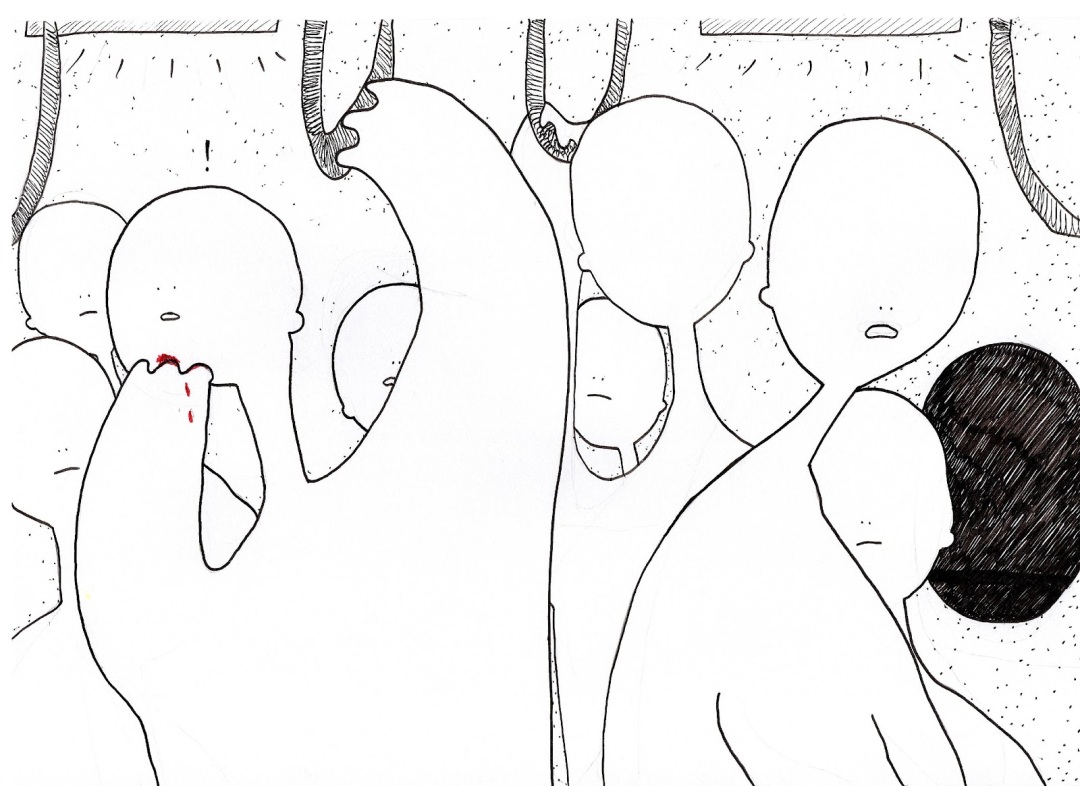 “What have you done to your hand?”: The daily reality of living with Dermatillomania

“What have you done to your hand?” the lady asked as I showed her a bottle of facewash at work, pointing out the jagged, red raw, scabbed wound on my thumb, “Looks like you got attacked by a shark,” she joked. “Oh, it’s nothing, must have just cut it,” I replied, hastily tucking it behind the bottle, curling it into my hand so it was out of sight, out of mind. But it wasn’t out of mind, and never could be. I’m constantly aware of my ripped, bleeding, scabbed, raw hands and how they look to others, but unfortunately, picking at my skin is not something I can just stop. This condition that I have, and only just learned about recently, is actually surprisingly common. 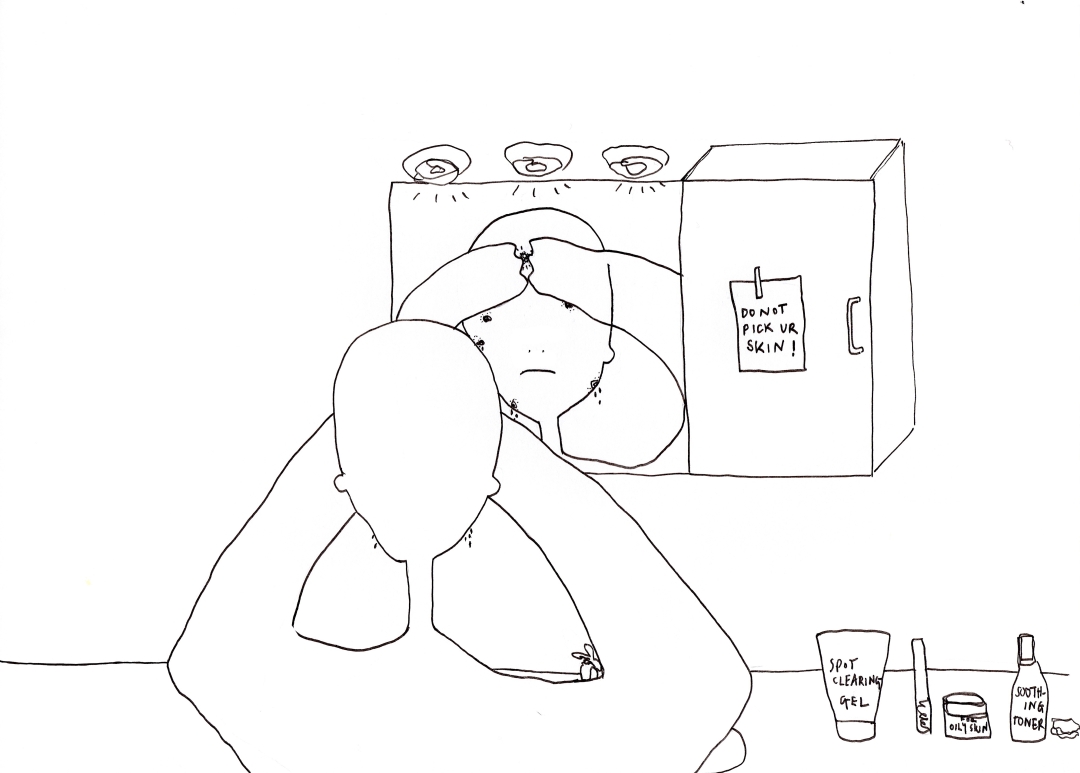 Skin Picking, or Dermatillomania, is a common compulsion associated with OCD and anxiety, more specifically linked to perfectionism. The NHS define someone with Dermatillomania as:

“A person [who] will habitually and excessively pick, scratch, gouge or squeeze at otherwise healthy skin. They usually pick at the skin on their face and lips, but it can be any area of the body, such as the hands, scalp or arms. They may pick at normal skin features such as freckles or moles, or at imaginary skin defects that no-one else can see.”

In terms of the actual compulsions, I can tick off all of these. My most common area to pick at are my thumbs, alternating between hands for periods of time, subconsciously letting each heal, I guess, but I also pick at my cuticles, the skin under my nails and my knuckles. It doesn’t help that I am prone to itchy chilblains that randomly pop up when the temperature changes. I also pick at my lips and face, having always loved pimple-popping (this has probably caused more problems than solved them). 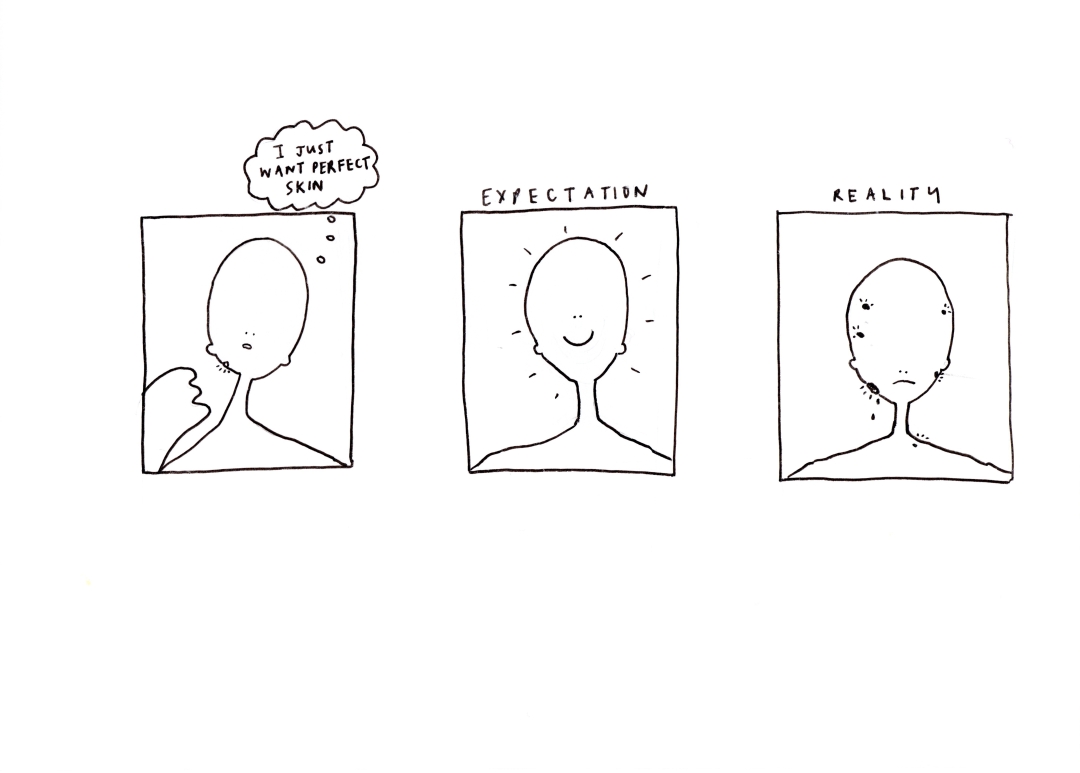 As the statement above says, I often target otherwise healthy skin. A patch of dryness on my lips that would easily be solved by a good lip balm; a small whitehead on my chin that would disappear if left untouched: all perfect candidates for dermatillomania.

The day to day realities of this mean my hands are often so sore I struggle to carry out certain tasks like opening boxes, or writing. Sometimes after a picking session in the evening, I accidentally push too far and leave my hands so unbearably sore and raw that I bite myself to try and relieve the pain. I also have a problem with biting my nails, and have done since I was young. Yet another subconscious method of helping parts of my skin to heal, I’ve realised retrospectively. Can’t pick effectively if you don’t have long nails.

“For me, the real obstacles are the things I can’t control, particularly my love life, and my finances.”

What I want people to know about my condition – I know there are plenty out there who have it worse than me – is that I’m a perfectly functioning woman, believe it or not. I try to do everything to the best of my ability, wanting to hone my talents and generally stand out from the crowd. Which is why I take on so much. At the time of writing, I am a third year English Literature student who has just finished producing a play, who is an editor for the student newspaper, and currently has two jobs. Nonetheless, I’m aware I take on too much, and many people who care about me have voiced their concerns about my stress levels over the years. For me, university isn’t simply about getting a degree and I would consider it a wasted opportunity if all I did was study.

For me, the real obstacles are the things I can’t control, particularly my love life, and my finances. I can be as fulfilled and satisfied in my career, academic, and social lives, and still have a particularly bad bout of skin picking due to my relationships. For years I have struggled with my relationships: not knowing in which direction they were headed, not understanding why I was treated so awfully, and generally dealing with more fuckboys than any 20-year-old should have to deal with so far, a fact noted frequently by my friends and family. 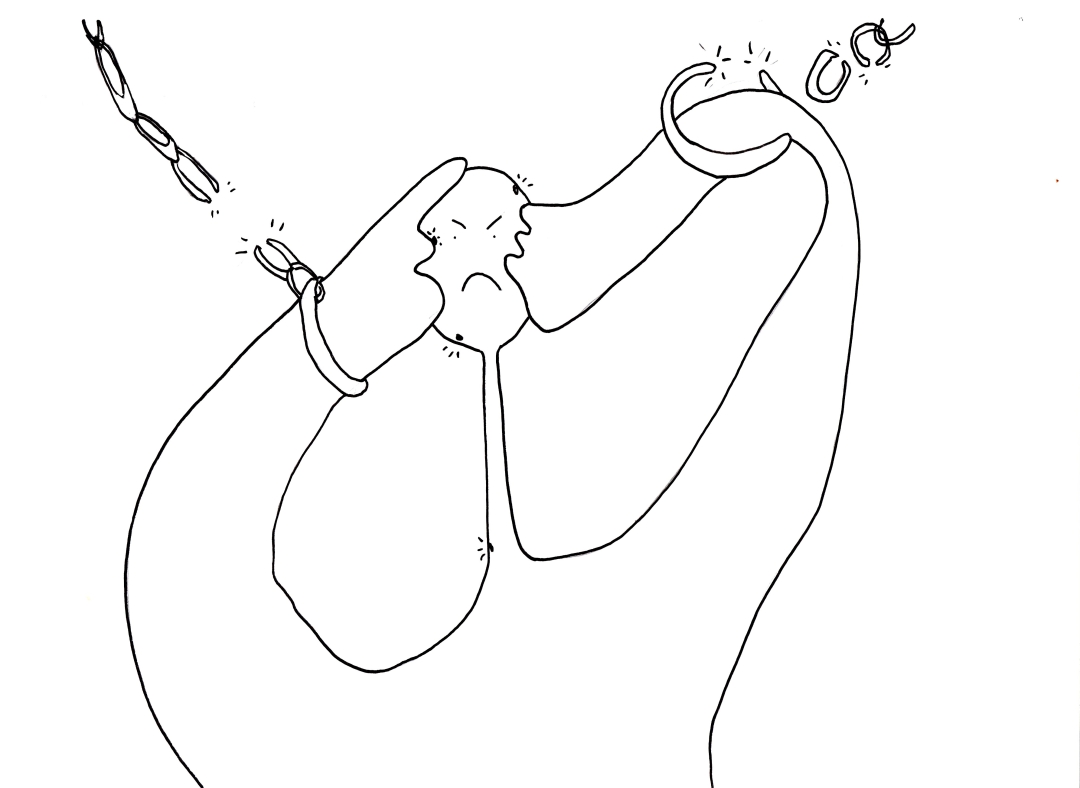 These feelings are usually not considered that important and not enough to justify anxiety or this condition I have, but can anyone tell me honestly they haven’t been in a situation where they have been confused, angry, or hurt over some aspect of their relationship? These thoughts can very easily become obsessive for me, wondering why he hasn’t texted back, why he is avoiding the subject of meeting up again, or even just knowing he would bail on plans for the fifth time with no reason. So often I am told to just be chill about them, but I can’t when I am stressed, scared, hoping this guy won’t be like the last, hoping that maybe this time will be different.

“A patch of dryness on my lips that would easily be solved by a good lip balm; a small whitehead on my chin that would disappear if left untouched: all perfect candidates for dermatillomania.”

Finances are a different kind of stress, the kind of stress that weighs on your shoulders when you know you’re eating into next month’s rent money, simply by daring to buy food. Its more of an all-encompassing depression when things get really bad, and often worse than the relationship struggles, as money worries are something I can’t escape from simply by throwing away my bank card in the same way I deleted an ex’s number.

It’s not that I notice my dermatillomania to be particularly exacerbated during these periods of stress, for me, my compulsion is a constant factor in my life, something that some of the people closest to me claim to have never noticed, while it is something that complete strangers have commented on in casual conversation. I can’t see a future where I won’t do this, as disheartening as this may be, however I think because of my compulsion, it will never stop me from doing everything I want to do and more.