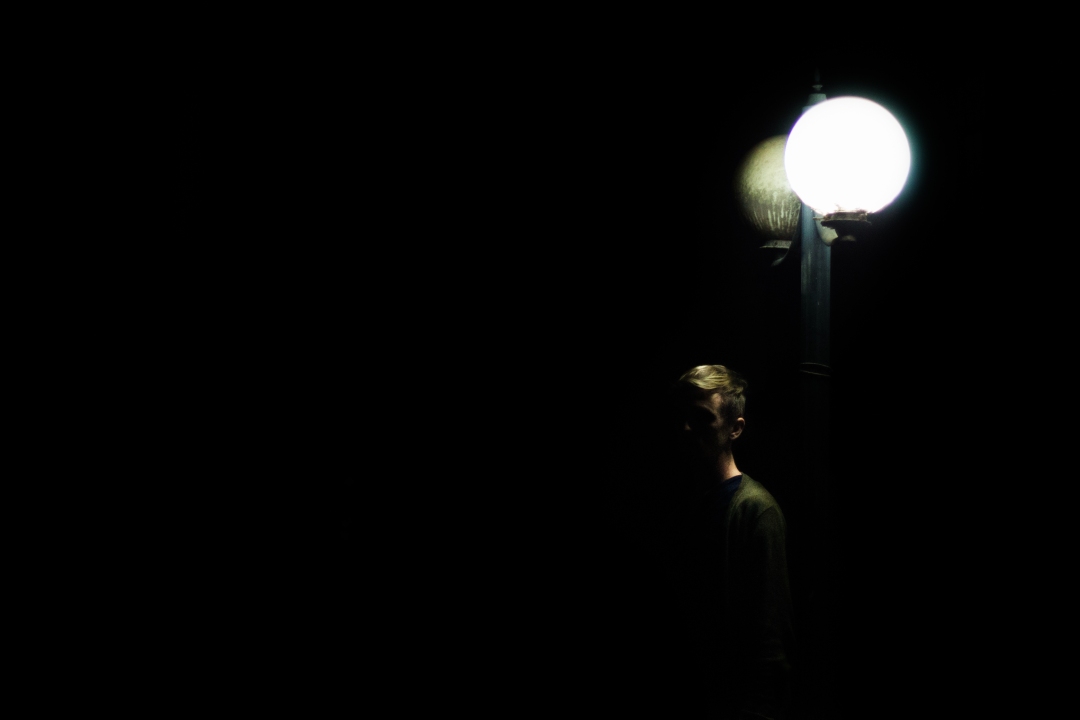 We want it so much that we succumb to the illusion.
Talking circles with a distinct sort of nausea.
Flagrant on our own accord so
don’t believe every thought you think, fool.

Waking up with nails digging into the flesh of our own fists;
occupied by riots, but how else do you exist?

I keep arriving at every platform a minute too late;
noosed my peace to the belief:
“I wasn’t meant to be on that train.”

I guess the miracle remains –

the skin
still
holding you together.

How do I unfurl this rotting rosette in my throat?
Creeps up on me, spinning kaleidoscopes,
demanding attention like some arrogant, stray child –

I don’t know its movements but it seems to know mine.

Your old familiar logic will try to
tiptoe into your mouth,
worm its claws down your throat
just to tickle your spine.

Let it expect no mercy.

He’s radiant in the finest of forms,
hilarious till it hurts but underneath,

seeking a non-existent blueprint to
a healthy state of mind in a
sick society where your performance is capital, adaptive,

yourself lonesome, fleeing like wild deer
between
an acidic hyper-vigilance and a tedious sleep;

occupied by habits of our own creation
we sold our sovereignty and became so impatient.

Chasing after a fragrance that only ever suffocated;
women obligated to carve ourselves up and then calm ourselves down;
men crafting boxes of inertia our irises like riot gear;

there is no communion here where sacrilege is sport and your attempts at revival keep
losing their lustre – tried leaving it to nature – but I can never trust her.

We are too often deeply suspicious of our own minds,
our own competence –
so stop drowning in hesitance,
swim parallel to the riptide: it’s the only way through.

Kick down the fences fraught with fear around swaying fields splattered with
desolate structures, works of incompletion, yearning to be salvaged.
But I’m finished, I’m famished

My circles feel outlandish and I think I’m losing touch,
think desire is a construct and
I’m tangled in a paradox for beginning to think such.