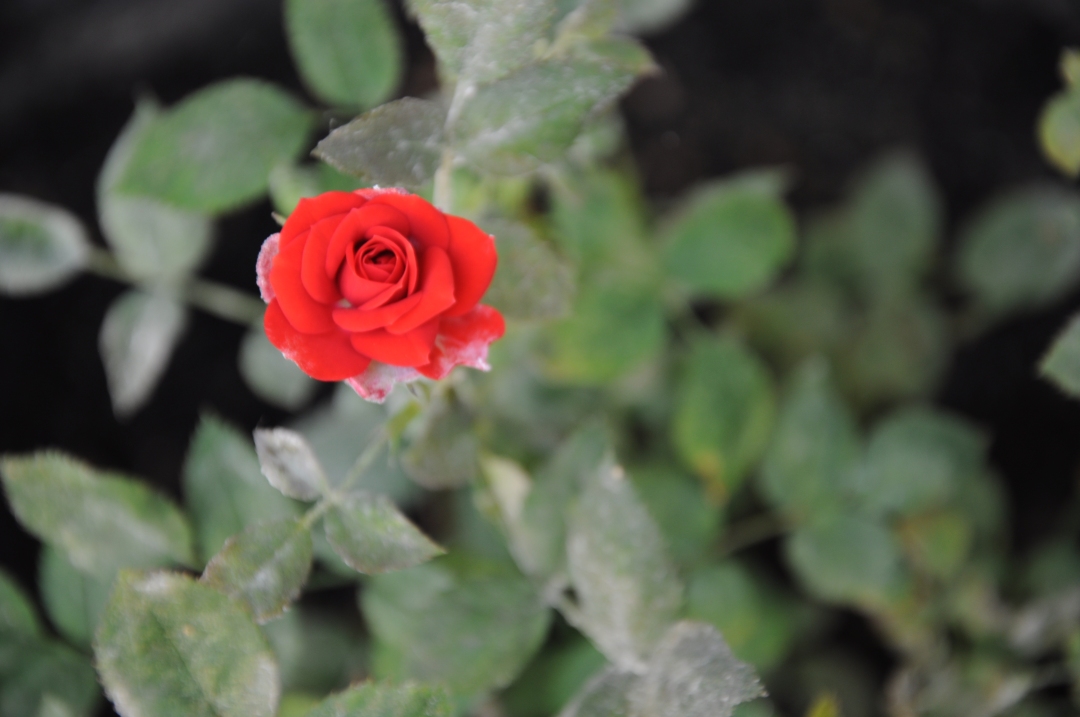 What’s in a name?

The way medical professionals treat people can vary hugely between diagnoses, even when symptoms are the same. How does this affect patients when the label they’re given is wrong?

In January this year, a particularly unpleasant cocktail of emotions landed me in an acute stay in a psychiatric hospital. I was suffering from a depressive episode combined with severe agitation as a side effect of my medication. When I was first admitted, I had a diagnosis of bipolar. After an assessment with a psychiatrist, she mentioned doubts about my diagnosis and wanted to monitor me for Borderline Personality Disorder (BPD), otherwise known as Emotionally Unstable Personality Disorder (EUPD). What I didn’t know was despite having a diagnosis of some form of mental illness diagnosis since I was twelve, during those three days where I was thought to have BPD, I would receive more discrimination from mental health professionals than I had experienced in a lifetime.

What is Borderline Personality Disorder?

BPD is characterised, in part, by emotional instability over a short space of time. There’s a lot of overlap between bipolar disorder and borderline personality disorder, because both involve mood episodes, but mood episodes in bipolar last from weeks to months, but mood episodes in BPD last hours to days. Also, whilst bipolar depression would continue even in the face of positive life experiences, and hypomania or mania would continue in despite negative life experiences, BPD mood episodes respond to what’s happening in their external environment. Other distinguishing features of BPD include impulsive behaviour (such as substance abuse or gambling), disturbed patterns of thinking (such as hallucinations or delusions), intense but unstable relationships, an unstable view of who they think they are, and repeated suicidal gestures (such as self-harm and suicide attempts).

Unfortunately, one glance at my suicidal state (which later turned out to be a medication side effect), lead the ward doctor to view my symptoms through the lens of a BPD diagnosis, without asking any questions about my past symptoms and only focusing on my present state. This was already pretty telling about the stigma towards BPD – when the psychiatrist saw someone with a bipolar diagnosis who was behaving in a ‘difficult manner’, this alone was enough to warrant an assessment for BPD.

Prior to the suggestion that I might have BPD, I’d been treated with compassion by pretty much every mental health professional I’d come across. On the first night I was admitted, I spent the night pacing up and down my room, crying hysterically, and screaming at nurses that I didn’t want to live anymore. My suicidal ideation was taken very seriously, as it should be. I was asked why I was feeling suicidal, and asked if there was anything that they could do to help me. Nurses offered me sedatives to calm me down, and stayed in my room until the medication took effect, comforting me and telling me that I would be okay.

“After the mere suggestion that I might have BPD, some of the mental health team began to treat me in a cold manner”

But after the mere suggestion that I might have BPD, some of the mental health team began to treat me in a cold manner. A fair few nurses began to react differently when I expressed distress; a snappier tone of voice, or the occasional sigh. Other differences were much more obvious; I remember telling my named nurse that I was feeling suicidal, and being told, quite bluntly, to ‘stop thinking that’, as if I’d just woken up in the morning and thought being severely suicidal would be a really fun way to spend my day. I began to get agitated, pacing up and down the corridor. I was simply told to ‘stop that behaviour’. I requested a sedative, but was told my illness was ‘under my control’, so I should ‘choose to take steps to relax’, without being given an inkling of a suggestion about how to actually calm myself down. I walked into my room and paced there instead.

The medication that was causing the agitation slowly began to leave my system, but the depression remained. Unfortunately, my named nurse took this as a sign that I could now ‘control my behaviour’ if I only tried harder. I was fed the clichéd line: ‘why don’t you snap out it?’. While depression is definitely something you can make steps towards recovering from, I would have expected a professional to understand that it’s not something that can be switched on and off like a light switch. Ultimately, this only added to my guilt-ridden depressed state.

It wasn’t just symptoms of depression that were treated in a more hostile manner – hypomania was treated in a very differently too. I was taken off mood stabilisers and given anti-depressants – helpful for BPD but catastrophic for bipolarism. When you give an anti-depressant to someone with bipolar, without adding any other mood stabilisers, it inevitably sends them manic. Fast forward 36 hours, and I started to go high. It was three in the morning when hypomania, a milder form of mania, started to hit hard. I ran up the corridor, tapped the end of the wall, and ran back down to the other end, while reciting poetry between panting breaths. I bought 17 books from Oxfam because the titles rhymed with each other and I wanted to make a set. I decided it was an absolute necessity to learn everything there was to know about otters, chronic fatigue syndrome, and string theory. This flurry of excited ideas and erratic behaviour continued all the while I was on the anti-depressant, and stopped as soon as I came off it once I returned back home.

“I ran up the corridor, tapped the end of the wall, and ran back down to the other end, while reciting poetry between panting breaths.”

I’ve been seen by medical professionals before when hypomanic with a diagnosis of bipolar, and reaction had been very different. Usually, I was advised to take the episode very seriously, and to take sedatives to try and get some sleep, so as to not worsen the hypomania. When I was thought to have BPD, the reaction of staff was remarkably different. This could be, in part, due to differences between the symptoms of bipolar and BPD. Pharmaceutical help is more suited to controlling bipolar, whereas solutions to BPD are more based on therapy, so it’s quite understandable that I’d receive different advice for mood episodes that were supposedly a result of BPD.

However, different treatment approaches don’t fully explain the reactions I received when I was hypomanic and presumed to have BPD. Whilst some of the nurses tried to calm me down, as should have been the reaction of all the staff, a few nurses, as well as the psychiatrist, viewed it differently. I requested a meeting with the psychiatrist to inform her that I was feeling ‘fantastic, amazing, really really wonderful!’, and the first thing she said as I skipped into the room was that my hypomania was called an ‘attention seeking behaviour’. This word came up a few times when it was presumed that I had BPD – that my moods and the actions that resulted from my moods were ‘behaviours’, but without giving any suggestion about how to prevent feeling the way I did.

Leaping up onto my chair, I laughed hysterically and told her that I wasn’t attention seeking, and would very much like to go home now please. Apparently, under a suspected BPD diagnosis, laughing and standing on my chair were now seen as a ‘hostile behaviour’, when it would have previously been described as ‘erratic’ when I had a diagnosis of bipolar. To try and butter her up a bit, I called her a wonderful kindly lady. It didn’t work, and she told me I was sarcastic – again, presumed to be a sign of hostility. When I had a bipolar diagnosis, I had told plenty of nurses that they were lovely people, and they always responded kindly and said thank you, even when I screamed it a little bit too loudly and a little bit too closely into their faces. In short, I was seen as well meaning when I had a diagnosis of bipolar, but was seen as hostile when I was thought to have BPD. As a result, how some people treated me was remarkably different.

My experiences are by no means uncommon. A study in 2003 gave nurses an example of an imaginary patient and the negative behaviours they performed, such as acting in a violent manner or refusing to carry out a request that was set by staff. Some nurses were told that this patient had a diagnosis of BPD, but others were told they had a diagnosis of depression or schizophrenia.  Despite being told the same information about the patients and their actions, the study found that examples of patients with a diagnosis of BPD were treated more negatively by nurses than examples of patients with a diagnosis of schizophrenia or depression. As was my experience, negative or difficult behaviour by people with a diagnosis of BPD tended to be viewed as something that they could control, compared to behaviour of people with depression and schizophrenia. Viewing a patient to be in control has been shown to be associated with a lack of willingness of staff to offer help to the patient. I certainly found this to be the case – no matter how much I begged for a sedative, telling my named nurse that I was hypomanic and not going to be able to calm down without medical help, I was informed that it was a ‘behaviour’.

Studies have interviewed people who live with BPD about the stigma they experience. I had a diagnosis for three days, and that was difficult enough. Living with that level of stigma for a lifetime just seems unfathomable, particularly when the stigma and prejudice they face from the very people who are supposed to be helping them.  One woman describes how she knows that the criteria ‘fits’ her, but that ‘to have the diagnosis means you are just screwed. Once you have that on a piece of paper in a medical file, it’s over. It’s just over. No one will touch me with a ten-foot pole.’

When speaking to people I know with BPD, or reading testimonies online, the same themes of stigma come up again and again – medical professionals treat the disorder as a behavioural problem within the persons control, rather than a valid mental illness. In a testimony, one participant describes that ‘They [clinicians] think borderline is more of a behaviour problem or a discipline problem, rather than an actual psychological problem… that’s what they’re thinking… that you can choose not to overdose or you can choose not to feel suicidal. I think that, you know, it’s upsetting. Because, you know, I don’t think one chooses to wake up one morning and say, “Gee, I think I’ll be suicidal today;… I think I’ll take a whole bunch of pills.”’

Second and third images by Quinn Dombrowski and Bruce Guenter