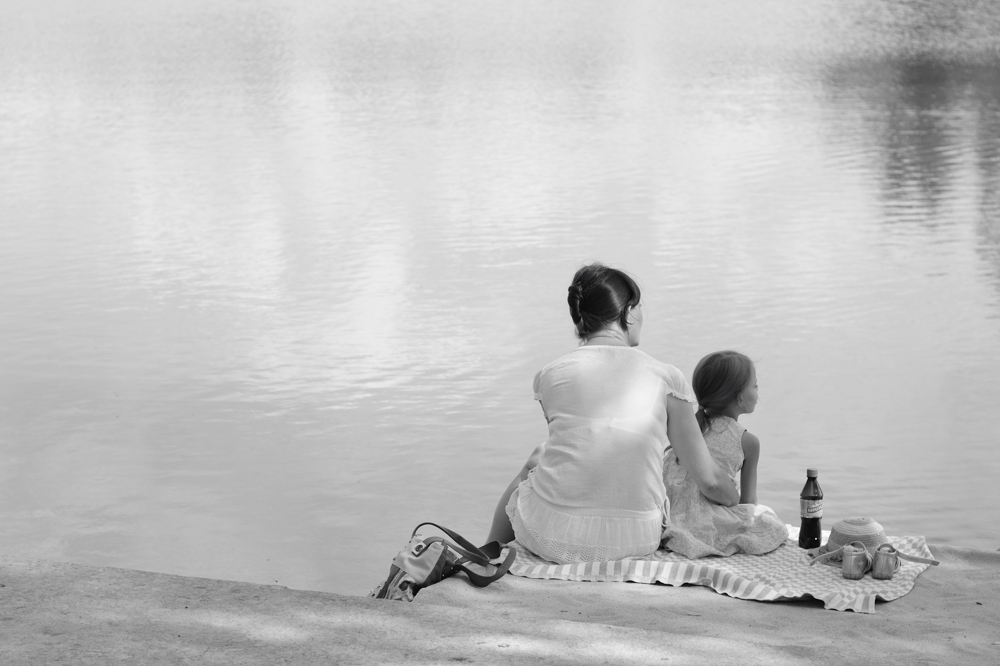 When depression runs in your family, some questions arise

In 2009, when I was 22, I sat in the GP clinic, being offered anti-depressants. I had at this point been self-harming intermittently for almost ten years, during episodes of intense inarticulable grief, the source of which was still confusing to me. I was suicidal and scared, but I didn’t want to take any drugs. I had watched my mother take her daily anti-depressant my entire life: she was prescribed them shortly after my birth, which was botched and traumatic for her.

My mother’s depression was something I experienced as a far-away-ness, a kind of gazing off into another realm where I could not find her. She functioned remarkably: she cooked and cleaned, made clothes, and later studied when I was at nursery, but despite ticking all the boxes of domestic ‘mum’-ness, I often felt like her body was a placeholder for a soul that was somewhere else entirely. I missed her. I was lonely when she was gone like that, so when I sat in that GP office and imagined a life ahead of me numbed and disengaged from my surroundings, I said no, and opted for counselling instead.

I know that my mother’s depression was worse before I was born, that there was less functionality, less engagement with my two older siblings. Times in the 1970s, when my siblings were children, were frightening both for her and for them. My father was involved in the socialist movement during Sri Lanka’s civil war, and often was away for long stretches of time, leaving her and my siblings alone in England.

It would be easy to blame my mother for my depression. For years I labelled her as an abandoning parent, and attributed my lack of self-worth to that absence I experienced in her in my early years. But my mother’s upbringing held it’s own traumas.

My mother’s mother was a Dutch woman who married an Englishman and moved to Sussex, England. She had five children, but only looked after them when she was not committed to ‘the asylum’: at that time, that’s what they were called. She had what was then called ‘Manic Depression’, now called ‘Bipolar Disorder’. My mother describes terrifying periods of grandma’s hysterical rage and being locked in cupboards with her younger sister. My grandmother eventually was given electroshock therapy and a partial lobotomy. Treatment for mental illness in the 1960s was often experimental, dehumanising and clinically crass, and by the time she had it, my mother and her siblings had already been affected by the psychological impact of a parent whose extreme mental states created an environment of fear, confusion and alienation. They did not feel loved. My mother learned to hide all her needs behind stoicism, and to associate emotional expression with overreaction or danger.

When I first began to self harm at about age 15, I think my mother was triggered into a memory of my unpredictable grandmother, and responded to me with anger. I think that anger was really fear, but at the time, I digested it as rejection, and spent the next 15 years hiding everything from her, especially my feelings. I desperately wanted her love.

It was only when I started doing my therapy training in 2010 that I started to follow the thread of maternal disengagement back to my grandmother. I thought of how frightened my mother must have been, and how little emotional nourishment there was for her. She was brought up to think she was inherently bad, that she was stupid. I am sure she felt acutely alone. I came to understand her internal foundations and realised how difficult it was for her to find kindness for us, her children, in the way she did, when no-one had ever shown her what that looked like or made her believe she had anything to give. I thought about the untold story of trauma that I suspect underpinned my grandmother’s condition, and how it had spilled out into her children, and her children’s children. I started to understand why my mental distress was utterly indigestible to my mother.

All of this leads me to question how much of my depression – which rears its head still from time to time – really belongs to me. Sometimes there are flashes of rage and terror and intense existential alone-ness that do not match with my life. I am supported and loved, I am secure, with skills and vocation and a roof over my head. My depression tells me to run away, that I will never be good enough. But I wonder now whose voice this is- whether it’s an echo of an old story running through the mind of my mother, or my mother’s mother, or her mother, before her, passed down in my subconscious like the lyrics of a nursery rhyme. I give myself permission to stop reciting it.

One thought on “When depression runs in your family, some questions arise”