‘The fetishization of mentally ill people is nothing new. Society loves that particular vulnerability that comes with madness.’

– Christine Pungong, ‘On The Realities Of Being A Black Woman With Borderline Personality Disorder’

I sit down in his office. I sit down and tell him I don’t have long as my mum is soon to arrive, and I need to meet her outside the gate at 5 past. I maintain my face, or my façade, my placid demeanour. Yes, things are going fine, and I am looking forward to finally sending the finance form off. I try to maintain my composure, keep upbeat, or at least together. But I don’t feel very well in this room. I begin to disassociate and feel sleepy, and familiar feelings begin to spin out of me.

I don’t want to speak to him, but he keeps asking questions. I wish that we could just stick to numbers and figures. I tell him that I find it hard to meet here in this building. He says if it’s easier we could meet at a café or the Eagle, I say outside on the grass is fine. He doesn’t seem to respond to that. I wonder when I’d ever have to meet with him again, I don’t enjoy talking to him and I’d rather not have any contact. He does not seem like a nice man. How is your counselling going? Fine, it is going fine. I am not sure exactly what comes next but he begins to talk about associations and the subconscious mind. It seems as if he has been reading up on psychology and fancies trying himself out as a bit of a counsellor. 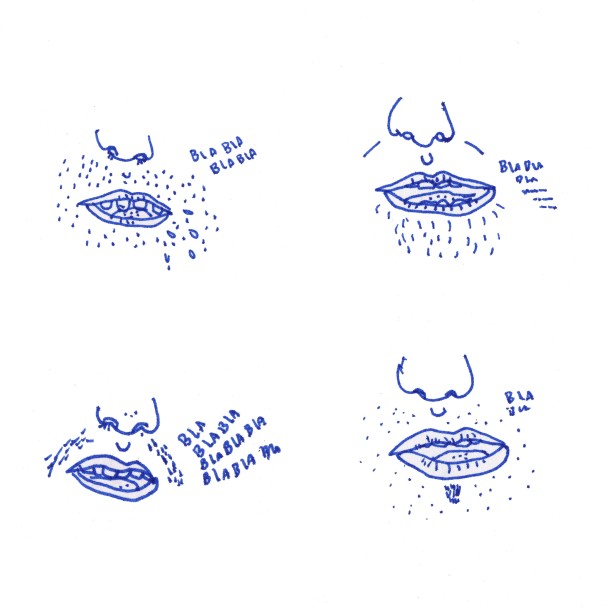 He keeps probing and he asks about my counselling. Actually, it is called therapy, and I tell him that I can disassociate, which is what was happening to me there and then, although I did not mention that part. He asks about this disassociation, do I feel this way with my friends, with my peers and classmates? No, I tell him. Actually, I say, more fervently, but then with tears, it is more like a kind of psychosis (I have to use the word “kind” so that I do not collapse fully). My attempts to be bold are met with more melodrama. I try to show contempt, to have vigour, but these feelings of strength are confused and I unveil myself. Last year I thought that the whole world was in my head, I said. I saw signs telling me I was dying, everything, everywhere. I did not say that part. I am crying more now. I look at him, feeling immensely pathetic.

I’m not making you stay here, he says. The look on his face is of abject horror and revulsion. Who is this creature who just walked into my room, uninvited, and proceeds to deny me my own existence and my own playful dalliance into the realms of Freud and Jung? Why must she ruin my game for me, why did she have to cross the line?

Because I did cross his line. I blurted out something I did not want to share, especially not with this strange and uncomfortable man who, as my mum later remarked was the last person she would ever to want to talk to at a party. He looks like he’s got a rod up his arse, no emotional intelligence whatsoever, she said, comfortingly. I still wanted to weep. I felt so violated. I left his room, mumbling something about this being why I was going to therapy, to understand what was proper and improper to say in conversation, something about needing to meet my mum, something to acknowledge the line I had just crossed. More than anything, I felt wrong. I felt as if I had done something very wrong.

Was it not him who was in The Wrong? I think this now after speaking about it, but not then. I later had the opportunity to tell him that, with my mum supporting me. You made her feel very vulnerable, she said, or something to that effect. I can’t remember what he replied to that, but I told him in essence that he was out of line. I’m not a counsellor, he says. I wish I could have told him then to stop fucking acting like one. He left and slammed the door, childishly.

I have repeated these events in my head ever since, trying to make sense of them. How do you know when you have done something wrong – and is that even the right question to ask? What are you allowed to say? What sorts of things must be left unsaid, and am I asking for special treatment? Is this merely self-pity, or perhaps catharsis, an appropriate exercising of a downtrodden voice? 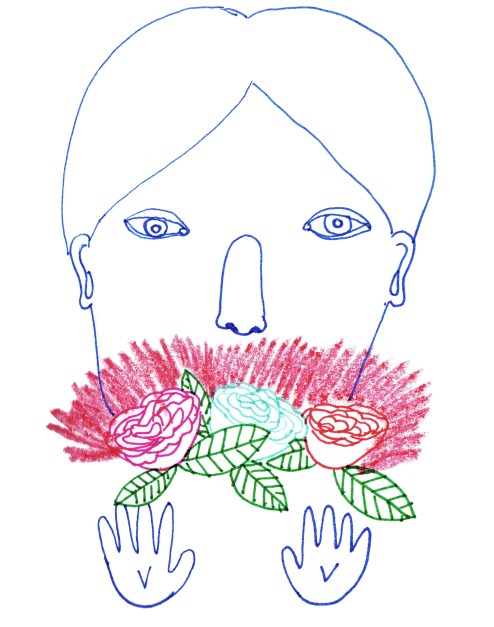 When you have kept silent for so long words will tumble out at top speed and to filter them may be too much to handle, and in many ways I do not want to. Why remain silent about these small things – might it be that if you do, they just get bigger?

All images by Alejandra Hernandez