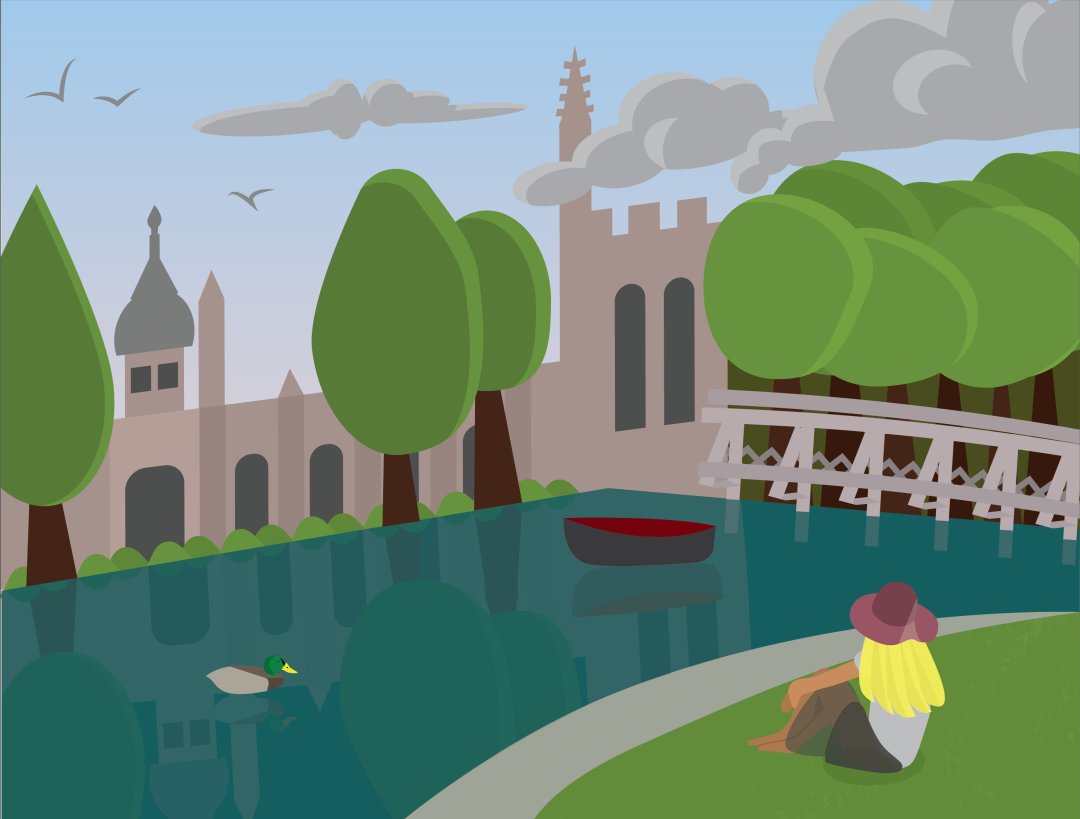 Searching for stability: Life after Oxford

Oxford is romanticised as a magical rollercoaster of highs and lows. Living with undiagnosed bipolar, I thought I was simply riding those highs and lows alongside everyone else. I believed it was normal to experience weeks where I could read 5 books in a day, go clubbing several nights in a row, and have to drink every night to try and quash the unnameable jumpiness that was in my bones. When I sat in the library for 8 hours straight without even being able to summon up the motivation to go to the bathroom, having to beg my friends to bring me food and coffee, and eventually leaving with only 200 words, I thought I was just having an ‘essay crisis’ – a standard Oxford phenomenon.

It makes sense that many mentally ill students see Oxford as the site and catalyst of their illness. This is heightened for those who experience trauma, and Oxbridge’s collegiate system particularly disadvantages survivors in this respect. Trips from your room to the library become a twisted game of hide and seek. Will I bump into him? Can you text me if he’s in the lower library? Is it safe for me to walk around the lake by myself, or will I disassociate and collapse on to the pebbled pathway again, lying unable to move or speak in the cold until my friend realises my absence and searches the grounds for me? As I began to develop Post Traumatic Stress Disorder, every time I stepped off the Oxford tube I could feel residual exhaustion and fear rising further up into my chest. Maybe my experience is extreme, but I know many others who suffered with mental illness at Oxford who shared the feeling that the place itself was draining their spirits.

So I expected that, as soon as I left Oxford, much of this stress would be lifted. What I didn’t factor in was the minor matter of results. People can tell a lifelong perfectionist that a 2.1 from Oxford is good enough all they want, but you’re not going to believe them. It doesn’t matter that you spent the entirety of the Christmas vacation motionless from a particularly nasty mixed mood episode, only getting up to be driven every single day to a basement where doctors will try their best to zap your brain back to life. You’re an Oxford student, you’re meant to work hard, play hard. Some of the best writers you studied were ‘mad’, and specifically manic-depressive, and that never stopped them. You should never have started taking that medication – it suppressed your thinking.

The summer after graduation is also hard for many mentally ill people, for other reasons. Suddenly left to my own devices, I attempted to continue to construct my identity aggressively around academic success; my mother watched wearily as I made myself a rigorous reading list and tried to take a Latin course at UCL (I don’t know Latin). I was desperate to fill the unstructured time that I suddenly faced and maintain the illusion of my academic devotion. The worst, but most important, realisations I had that summer was that I didn’t want to study English literature any more. I wanted to be good at English literature. It slowly and crushingly dawned on me that much of my enthusiasm had come from self-imposed standards of academic success, not love of the subject itself. The extraction of yourself from Oxford’s academic pressures is complicated, slow and painful.

But there is a future ahead of these painful days where your whole identity is thrown into flux. The longer I spent out of university, the more I began to carve out a sense of self again, that crucially was removed from a narrow view of academic success. Now out of formal education, I started to slowly watch myself in bookshops, museums and conversations: which books did I go for when there is no reading list, what art caught my eye when I wasn’t trying to show off my knowledge to people, what topics did I keep coming back to when talking to my friends?

Leaving education and entering the workplace can be really, really great for your mental health. I work at a non-profit, so my experience is by no means universal, but there are some uniting factors. At work, you (generally) work 9 to 5, Monday to Friday. Not only can this structure be beneficial for those with illnesses that often leave you craving stability, like bipolar, but as someone who struggled to institute a ‘no work after 10pm’ self-ban at Oxford, the discovery of evenings and weekends has been miraculous for me. There have been a lot of hard-hitting Netflix documentaries, interesting books about US politics, and long walks by the Hudson. Again, I draw back and observe myself, with an internal voice that is softer and kinder. Where is your mind taking you right now? Let it roam without judgement, and follow where it goes.

‘The longer I spent out of university, the more I began to carve out a sense of self again’

Work can also teach you to value your non-intellectual skills. I now know that I love teaching teenagers – something I never thought I would be good at, or even thought was important. In the past, I’d rather have been good at writing a journal article analysing literary depictions of teenagers. It’s a reductive cliché to say that all of Oxford and its academics are removed from the real world, but I have to admit, as the months have passed, I feel like I’m slowly re-entering it.

It takes time to find yourself again after Oxford. But there is time, and there is so much future to look forward to. I’m flying back home from New York in three days time. My biggest hope is that then, or maybe in a year’s time, or maybe in 10, I will go back to walk around my former college. I won’t try and tell myself that Oxford was the best three years of my life. But I will be grateful for what I learnt, from other people, and about myself. I will no longer be angry at myself for what I was too ill to do. I will sit next to the lake, and I will smile.

All illustrations by Paavan Buddhdev